ABSTRACT
Jet mixer is one of the simplest methods to achieve mixing. Mixing can be achieved by injecting a fluid
through a jet inside the tank at a higher velocity. A wide range of jet injection rates has been investigated. By
varying the height as well as the angle of the jet, mixing time gets vary due to change in the flow pattern. The
experimental study includes the determination of mixing time in a batch wise jet mixer and includes the effect of jet
Reynolds number, effect of nozzle twisting, effect of jet angle, effect of nozzle clearance and effect of jet diameter on
mixing time. 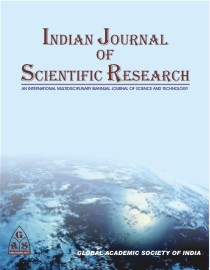